In addition to the current prospecting, mapping, and sampling program, Outcrop Silver & Gold is in the midst of an 18,600-meter drill program (with assays pending) at Santa Ana across multiple vein shoots — all of which remain open along surface and at-depth.

Those shoots will form the basis of the company’s first-pass maiden resource report slated for release later this year.

“Santa Ana is without peer as a high-grade silver system in Colombia. As we steadily increase the size of the vein system at Santa Ana and identify multi-kilogram equivalent silver in drilling and surface targets, we can start comparing Santa Ana to some of the world-world class silver vein systems in Mexico that actually have less cumulative kilometers of veins than Santa Ana. The potential our team has revealed on less than 10% of the Santa Ana project, which provides more than 60 kilometers of vein zones to explore, is remarkable.” 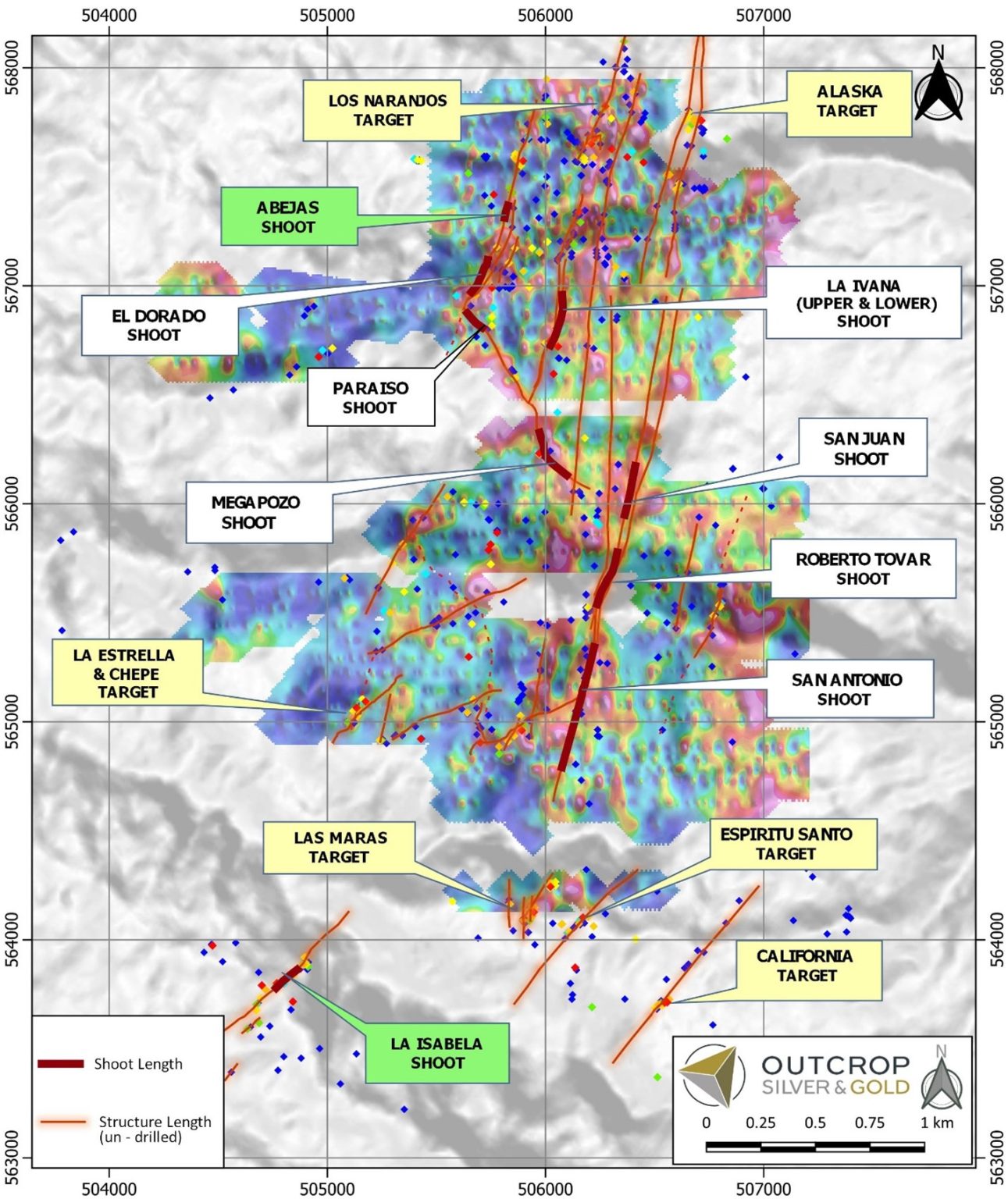 Importantly, the company’s forthcoming maiden resource report is expected to represent less than one-fourth of the veins mapped and projected from only 6,000 hectares of the 36,000-hectare Santa Ana property with robust discovery potential for new vein shoots in the current and upcoming drill rounds.

Already, the company is guiding an initial resource between 45 million and 55 million ounces silver equivalent (AgEq) at grades between 550 and 750 grams per tonne (g/t) AgEq.

You can even see visible precious metals mineralization in core sample images included in the company’s most recent press release.

The highly-anticipated maiden resource report will mark an important milestone for OCG as it will allow the company to reveal to the market just how much high-grade silver-gold may be present on the broader Santa Ana project area.

In the immediate term, speculators can anticipate the release of additional assays in the coming weeks and months as the drills continue to turn at Santa Ana.

Based on the exceptional grades and solid thicknesses the company is reporting thus far, those results could prove momentum building as we work our way through what seasoned resource stock speculators know well as the summer doldrums.