As part of an ongoing Phase-1 resource expansion drill program, it’s one of the widest and highest grade silver hits to-date at the newly-consolidated project.

That equates to 64 million ounces of silver and just under one million ounces of gold across all categories — making it one of the largest high-grade undeveloped precious metals assets in British Columbia’s Golden Triangle. In total, the massive, 163 sq km property hosts 7 deposits; four of which are being explored now. 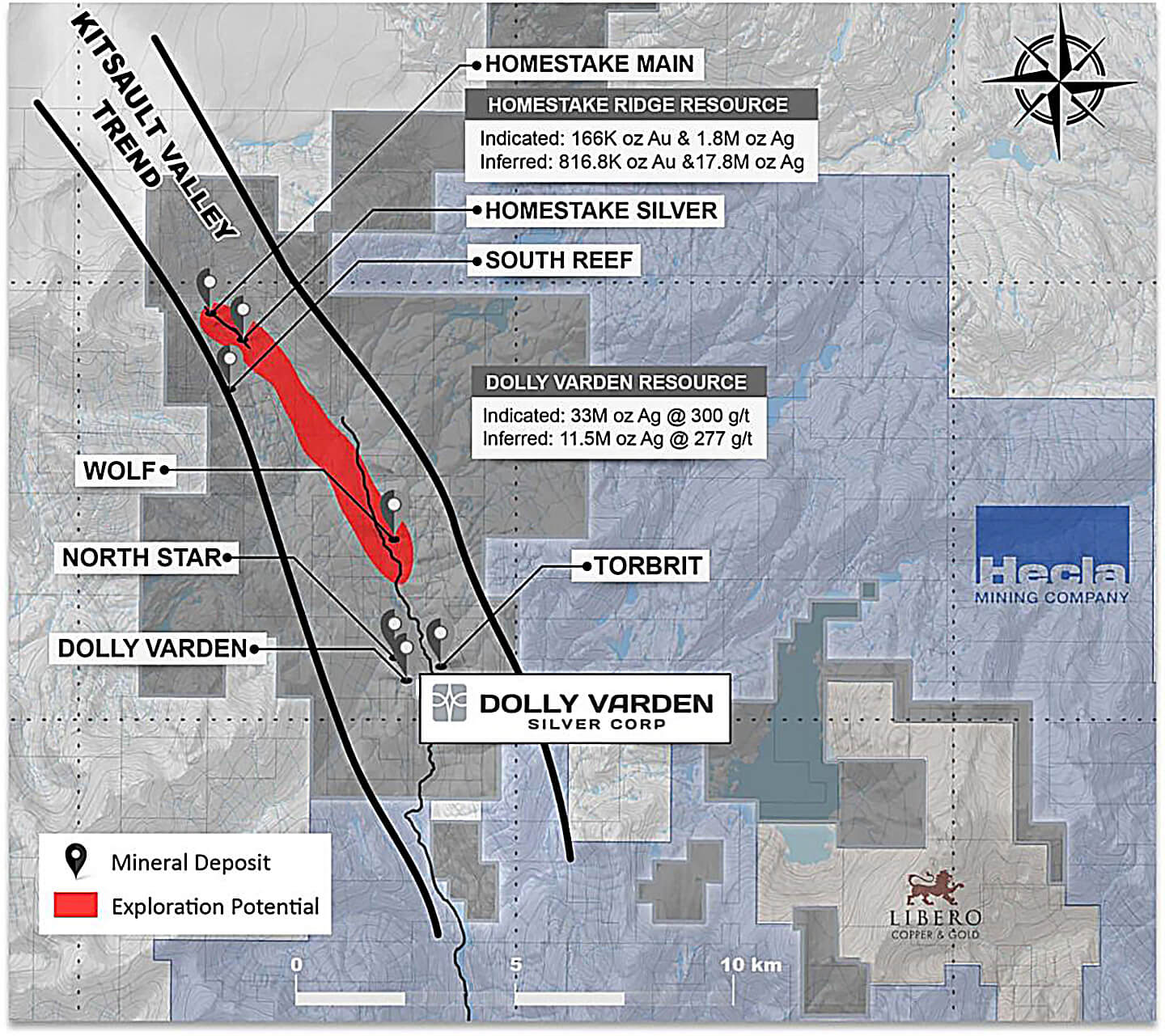 The above mentioned intercept of 414 g/t silver over 50m is from the Kitsol Vein, which is situated just west of one of those seven known deposits: the Torbrit Mine.

Dolly Varden CEO, Shawn Khunkhun — whom you’re about to hear from directly in our exclusive interview — commented via press release:

“As one of the widest and highest grade drill holes on the Dolly Varden Property, we will be prioritizing additional step out drilling at the Kitsol Vein area. We are targeting potentially underground bulk-mineable mineralization and this certainly meets our criteria. In addition to the ongoing drilling at priority exploration targets including the Wolf Mine and at Homestake Ridge, we are thrilled with these results and look forward to receiving additional assays soon.”

At present, resource upgrade and expansion drilling is underway at the Homestake Ridge Main Gold zone via two rigs with the other rig focused on the silver-rich Torbrit Mine area and at the Wolf Deposit.

Thirty-thousand meters is considered a very large drill program for any junior explorer, which means Dolly Varden shareholders can expect a steady stream of drilling news and assay releases throughout 2H 2022 with which to potentially move the needle higher.

Our own Gerardo Del Real of Junior Resource Monthly caught up with Dolly Varden CEO Shawn Khunkhun to go over the spectacular silver widths and grades the company is honing in on by way of the drill at their flagship property, plus a whole lot more. Enjoy!