The program has successfully extended the northern extent of the high-grade uranium mineralization at the Maverick East Zone wherein the company is making final preparations for a 2,500-meter follow-up drill program set to commence shortly.

Skyharbour Resources CEO, Jordan Trimble — whom you’re about to hear from directly via our exclusive interview — commented by press release:

“This was a very successful drill program at our Moore Uranium Project. In addition to discovering some of the highest grade, basement-hosted mineralization to date at the project, we continue to intersect wide intervals of continuous mineralization straddling the unconformity at the Maverick East Zone. We also made significant progress at regional targets and plan to follow up on these findings in upcoming drill programs this year including a winter program slated to commence shortly. Skyharbour is very well positioned to benefit from the accelerating uranium market recovery with increasing demand in the backdrop of a strained supply side as the world continues to reduce carbon emissions from electricity generation through the use of nuclear energy. Skyharbour offers robust discovery potential at its project base coupled with ample upcoming news flow from the continued drilling at Moore as well as at partner-funded projects. Several of these partner companies have recently commenced drill programs totalling approx. 8,500 metres including Azincourt Energy at the East Preston Project and Valore Resources at the Hook Lake Project, while other partner companies have announced plans for upcoming exploration and drill programs at their respective optioned projects.”

The next phase of drilling at Moore will focus on the Maverick East Zone and the Viper target area — both located along the high-priority 4.7-km-long Maverick structural corridor.

Only about half of that corridor has been systematically drill-tested to-date, which means there’s plenty of expansion potential along strike and at-depth in the basement rocks.

Additionally, Skyharbour has no less than five partner projects in the Athabasca; drill programs are currently underway at East Preston and Hook Lake, and exploration programs have been announced for Mann Lake and Yurchison. 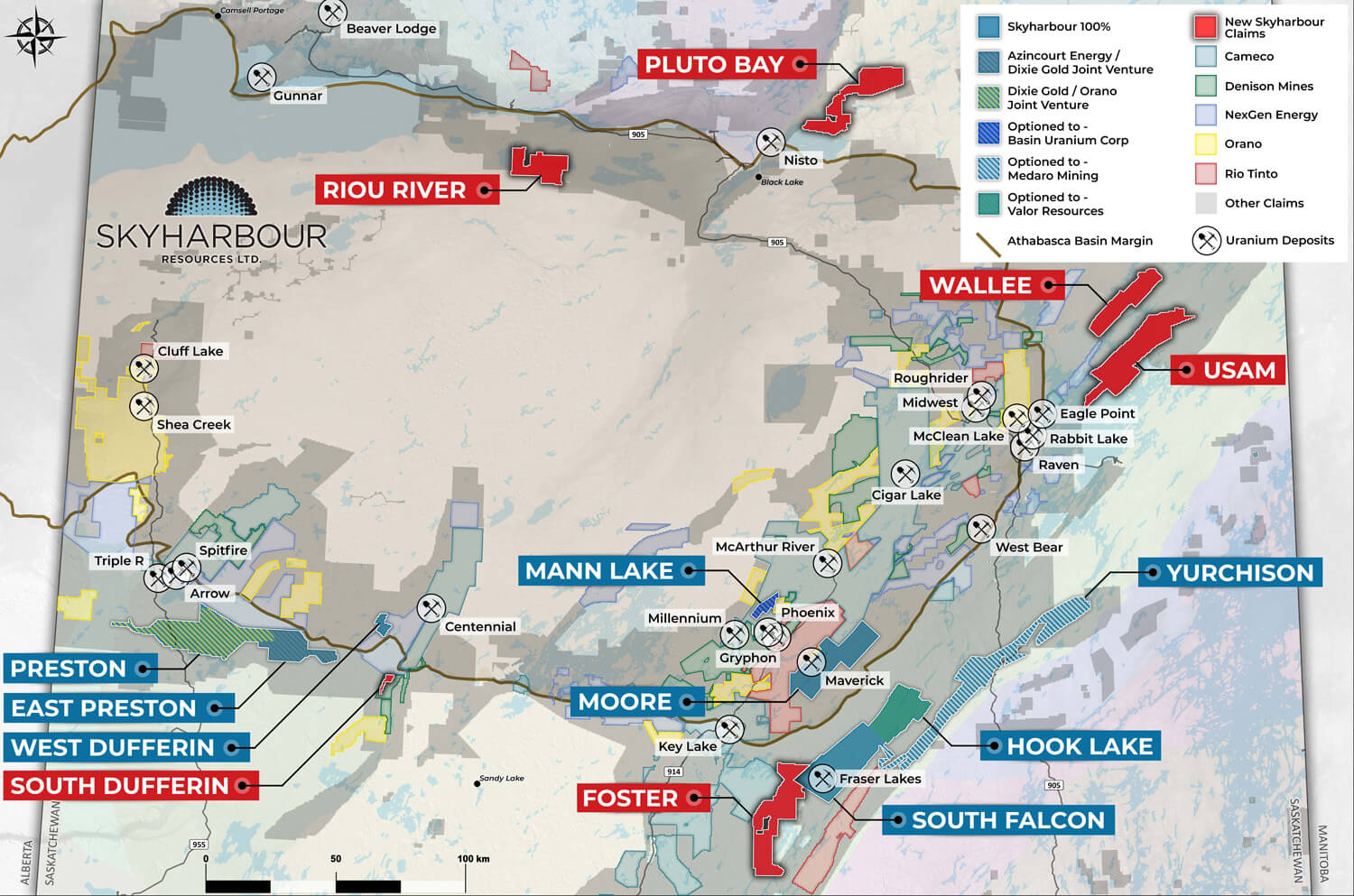 With a robust portfolio of 14 drill-ready uranium exploration projects in the Athabasca — Skyharbour’s sub-C$75 million market cap is considered minuscule compared to many of its peers. The company is also well-funded with approximately C$10 million in cash and equity holdings.

Needless to say, Skyharbour has positioned itself as one-to-watch in the North American uranium exploration space. And the timing appears spot-on with the price of uranium locked and loaded to resume its upward trend in 2022.