The two deeper holes in the reported results were drilled in the Joss Zone — with assays due next month — and are part of an ongoing 7,000-meter program designed to test mineralization at-depth and to increase the known resource. “Core logging indicates that we’ve hit the target zone at Joss. Assay results are expected next month and offer the potential to confirm a significant depth extension to Joss, where previous drilling has returned high-grade intercepts in 18 drill holes over a 1 km trend. In the meantime, drilling continues with activity expected to increase as rigs become available and conditions allow.”

Drilling will now shift from the Joss Zone to the South Pit target area approximately 1,100 meters to the north.

Drilling will also resume — via a second rig — at the Haidee satellite area where the RVG team continues to advance its Phase-1 project of restarting heap-leach production of oxide ores. The plan is to produce a PFS (Prefeasibility Study) on the Haidee restart before year-end. 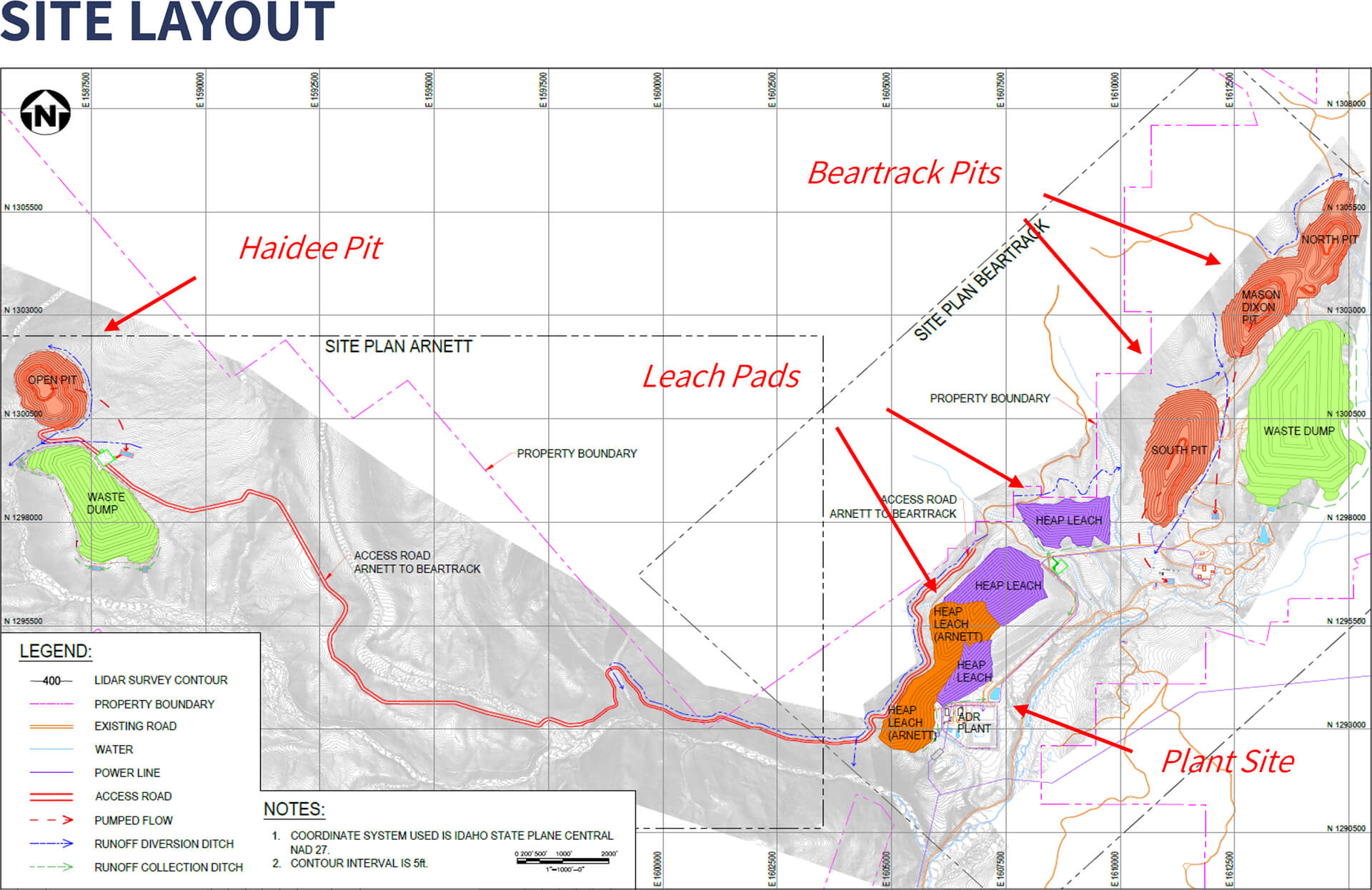 In addition to the Joss and South Pit target areas, the Revival team is aiming to get the drills over to the Arnett side of the property — possibly via a third rig — where several exploration targets have been identified.

Beartrack-Arnett checks every box in terms of being a solid and growing Au resource in a Tier-1 mining jurisdiction. Things are heating up on an already impressive 4 million ounce gold resource across all categories as RVG continues to drill meters and add rigs at key target areas across its 100%-owned, 5,800-hectare property.

Speculators can expect a steady flow of drilling updates and assay results over the coming months as gold continues to build upward momentum above the critical US$1,800 per ounce level.

We’ll keep you posted every step of the way as Revival continues its systematic, fully-funded resource expansion at Beartrack-Arnett — the largest past-producing gold mine in Idaho — to potentially 5 million-plus gold ounces in a rising market for the yellow metal.