Coverage made possible by the sponsorship of our featured companies: Click here to see more about David Hall Rare Coins

Van Simmons: Avoiding Concentrated Gov't Efforts to Restrict and Monitor You & Your Cash 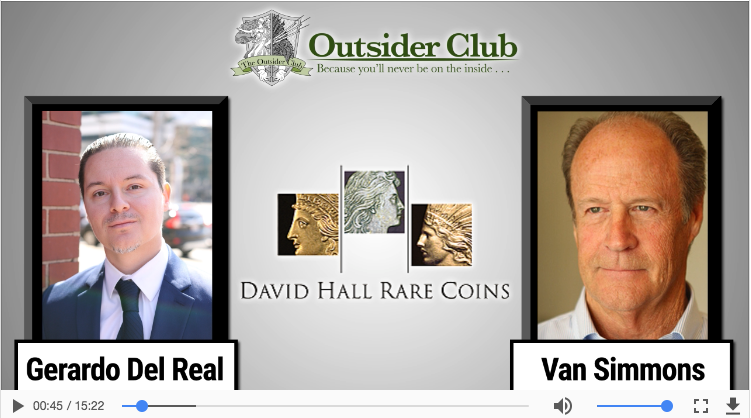 Gerardo Del Real: This is Gerardo Del Real with Outsider Club. Joining me today is Van Simmons, Partner and President of David Hall Rare Coins, one of the largest and most respected rare coin companies in the country. Van specializes in portfolio construction, set building, and helping clients acquire the worlds finest rare coins and collectibles. Van has been a rare coin collector since age 12 and a rare coin dealer since 1979. As one of the founders of Professional Coin Grading Service, PCGS, the largest rare coin grading service in the world, he has helped revolutionize the rare coin market. Van has over 1,350 dealers that sell his product. PCGS has graded and certified over 30 million coins over the last 30 years.

In addition, Van was also a co-founder and holds a seat on the board of directors of Collector's Universe, a publicly traded company, which trades on the NASDAQ exchange. Collector's Universe has several different companies that it owns. Along with PCGS, they also own PSA, Professional Sports Authority. PSA grades and authenticates sports cards and currently has over 1,200 authorized dealers within its network. I could be here for a long time listing Van's many accomplishments, hopefully you get the idea. Bottom line is, there is nobody in the coin 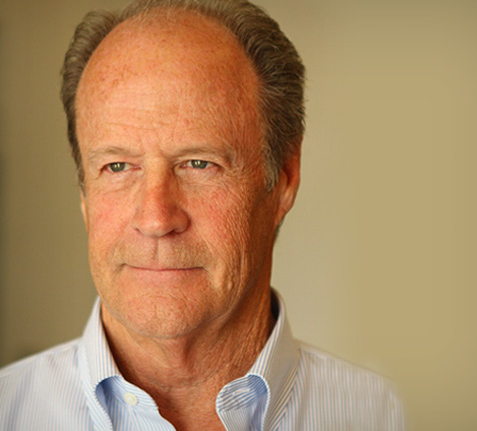 and collectible universe that we trust more than Van Simmons and David Hall Rare Coins. Van, thank you so much for your time today.

Van Simmons: My pleasure, thank you. You make me sound pretty important.

Van Simmons: I appreciate that.

Gerardo Del Real: Now we spoke a few months ago and we talked about how you help people preserve and enhance their wealth. In my lifetime, I've never seen such a coordinated effort to intrude on people's rights by governments. Whether it's the war on privacy or the war on cash, there seems to be a coordinated effort on a global scale to restrict people's freedoms. I had the pleasure of speaking with Mr. James Dines recently and he spoke at length about how he encourages people to use coins to help protect against that effort. I know you're a student of history Van, in your experience have you ever seen such an effort to restrict and monitor the movement of cash and people?

Van Simmons: No, never. Let me start off, Mr. Dines, I've been a big fan of his work forever, 35, 40 years I've read his stuff, so he's going to forget more about this than I'm ever going to learn. Going back to your question, there is a war on currencies, there's a war on gold. I mean you can even go back to Anthony Sutton's original book, The War on Gold, which explains quite a bit of it and that was written I think in the 70s, maybe early 80s. No, 70s. Going back, when Ross Perot was running for president, one of the reasons I did not vote for him was he was in favor of building more and more larger computers that could follow and track every cent that everybody spends, and buys, and makes, and everything else. Even he was talking back then about going to a cashless society and going to an all-credit society. It's interesting, there's a lot of countries, as you and I have spoken about, that are eliminating cash, certainly cash in large size bills.