You Gotta See This Silver-Gold Stock

That rig is testing the new Isabela target, which is located to the south of the historic Santa Ana mines.

The company has also extended the El Dorado vein system by a further 700 meters to the north of the primary El Dorado shoot via at least two sub-parallel veins, which is the primary area the other rig is operating. Outcrop Silver & Gold CEO, Joe Hebert — whom you’re about to hear from directly via our exclusive interview — commented via press release:

“Outcrop expects to continue to add to its inventory of high-grade shoots by generating and testing numerous high-quality targets on our district scale property. Extending Dorado expands the potential resource area for a compliant maiden resource report before the end of 2022. Dorado North and La Isabela are just the first two of numerous additional targets that are recently drill-permitted on an additional 5,046 hectares.”

Santa Ana is a district scale property spanning 36,000 hectares (360 sq km) and consisting of multiple regional scale parallel vein systems across a 30-km-long by 12-km-wide trend. In total, we’re talking over 60 km of vein zones across the entire silver-gold belt. 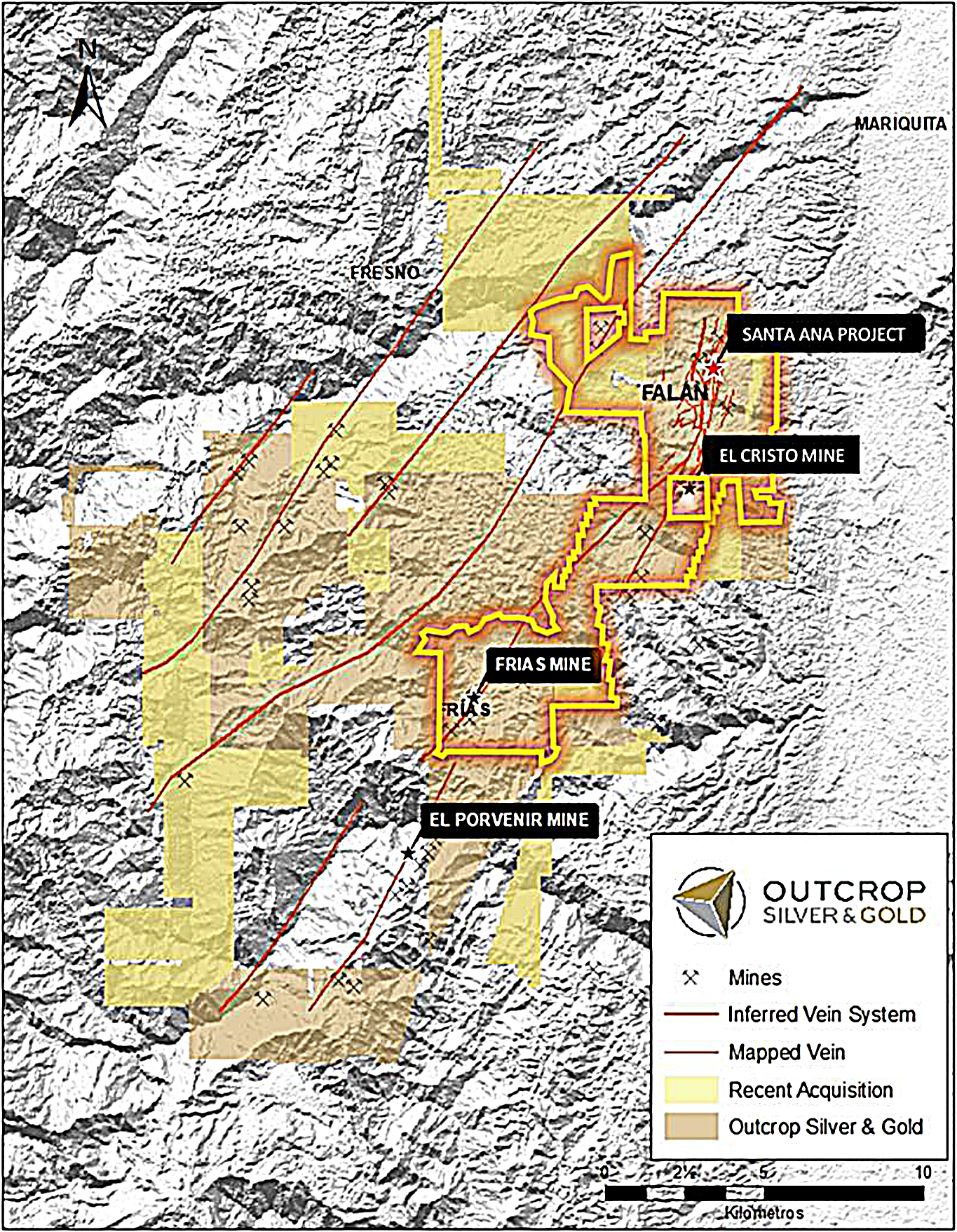 The project covers a significant portion of the Mariquita District — the highest-grade primary silver district in Colombia with historic silver grades ranked among the highest in Latin America by way of dozens of mines.

Outcrop is currently working towards defining a total of 12 vein shoots — via 18,000 meters of drilling — to provide for a potential resource to be included in a maiden resource report slated for release later this year. That resource is expected to represent less than 25% of the veins mapped and projected from only 6,000 hectares of the 36,000 hectare property.

Hence, the grades and targets are certainly there. The company’s focus now shifts to completing its planned 18,000-meter, multi-rig drill program and then turning those results into an initial first-pass maiden resource.

2022 looks to be an exciting year for Outcrop, especially with silver and gold prices sharply on-the-rise to start the new year and with a robust drill program underway. Speculators can expect a steady stream of news flow as drill results are released over the coming months ahead of the maiden resource.

All of that and much, much more is covered in Gerardo Del Real’s exclusive interview with Outcrop Silver & Gold CEO, Joe Hebert. Enjoy!