Full Leverage to the Gold Price and Exploration Upside With No Operational Risk!

Royalty and streaming companies are historically the best-performing sector of the gold market.

With gold in a new bull market, a new royalty company has recently begun trading on the New York Stock Exchange.

Gold Royalty Corp. (NYSE: GROY) is led by some of the most well-known, well-respected, and well-connected names in the gold industry.

David Garofalo is CEO, President, Chairman, and Director. Before this role, David was President, CEO and Director of Goldcorp until its sale to Newmont, which created the world’s largest gold mining company.

This is truly best-of-breed management.

Gold Royalty Corp. was spun-out of GoldMining Inc. in early 2021 and raised $90 million in a March IPO.

And it didn’t waste any time deploying that cash to create a leading growth and Americas-focused precious metals royalty company by acquiring Ely Gold Royalties.

Six of those royalties are already producing, including on First Majestic Silver’s Jerritt Canyon Mine, and will generate millions in cash flow this year, with others set to come online in the near term.

Immediately upon its creation, Gold Royalty offers all the elements that have historically attracted investors to the sector:

And it was formed in a way that has allowed previous gold royalties to appreciate thousands of percent after their creation. Franco-Nevada was created when it was wholly-owned by Newmont. Newmont, as it was growing its business, placed royalties into Franco-Nevada, and then it was spun out.

Wheaton Precious was spun out of Goldcorp in a very similar fashion.

Gold Royalty Corp. is one of the few royalty companies that also has its genesis in a big gold property holder. In this case, GoldMining.

Of course, Gold Royalty (NYSE: GROY) shares would need to rise nearly 50X to be valued in the neighborhood of Wheaton Precious and Franco-Nevada.

Currently trading with a $525 million market cap and around $4.00 per share… analysts are already assigning price targets much higher.

Let’s hear directly from him why he’s so excited about the Gold Royalty opportunity. Gerardo Del Real: This is Gerardo Del Real with Resource Stock Digest. Joining me today is the CEO of Gold Royalty Corp. — Mr. David Garofalo. David, how are you today? Happy New Year! 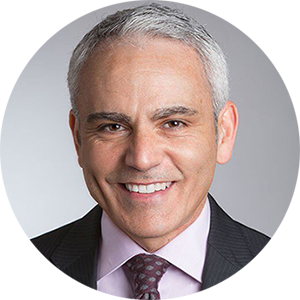 David Garofalo: Happy New Year to you, Gerardo! I'm glad to be with you again.

Gerardo Del Real: A busy, busy start to 2022. It doesn't seem like you took that much time off for holiday. You've had a couple of recent pieces of news. The most recent one is one I want to get into.

You just announced a quarterly dividend, which is something that's uncommon for a company as young as Gold Royalty Corp., and I want to get into that. But before we go into the specific news as it relates to the company, the last time you and I spoke, we both shared an optimistic outlook for the precious metals space in 2022.

It seems like you were pretty on track with your statement then. I'm wondering how you feel about the space now.

David Garofalo: Well, I think that the inflation rates we've seen — the headline CPIs — have only emphasized the importance of gold as a safeguard of your capital. And inflation at 7% headline, I think, vastly understates what we're actually experiencing.

Gold is preserving capital. And not only is it preserving capital but it's showing signs of life here as inflation rears its ugly head. And I'm so very optimistic that gold is going to have a long run here, not unlike what we experienced in the late-1970s when we last had a big inflation cycle.

Gerardo Del Real: I completely agree. Gold Royalty now has expanded to nearly 200 royalties. There's six producing mines within that royalty portfolio. I believe there's seven that are under development. A lot of behind-the-scenes work that goes into expanding that portfolio in a methodical way.

But we have to talk about this dividend! First off, congrats to you and shareholders because to achieve this milestone at such an early stage in the company's history, I think, speaks to the quality and caliber of the team that you've been able to put together. Can you speak to the recent announcement here?

David Garofalo: Yeah, well, I think it speaks to the quality of the asset base we've assembled in very short order from our IPO in March of last year when we only had 17 royalties — a very modest portfolio — none of them cash flowing at the time.

And then, through the acquisition of three of our peer companies, we've added almost 180-plus royalties into the portfolio, and many of them are cash flowing or near cash flowing. That's given us a solid foundational cash flow that we felt gave us the comfort to put in a sustainable dividend that we think we can grow over time as our cash flow grows.

We think we have the highest compound average growth rate and cash flows in the industry over the next five years, and we believe that'll underpin a potential increase in dividend over time.

Gerardo Del Real: You're clearly and aggressively still looking to vend in, to roll in, option in, buy in — however you want to word it — accretive royalties. Can you speak to the strategy for 2022?

David Garofalo: Well, we think there's still going to be more consolidation in the sector. It's still quite highly fragmented. We've been active in that regard. As I said, we've ended up merging with three of our competing companies in the last year, and that's allowed us to vastly expand and diversify our portfolio and introduce significant cash flow growth in.

We have announced a takeover of Elemental Royalties and encourage investors to look at the takeover documents, which are filed at the SEC on Edgar. But we think that's going to be a recurring theme in the sector, generally. I think there is still lots of scope for consolidation.

Scale is important in our industry in the royalty business; this scale gives us higher multiples, gives us access to capital, which allows us to perpetuate and continue to grow our business on an accretive basis for our shareholders.

David Garofalo: Well, we're still sitting at about US$40 million in cash. No debt on the balance sheet so very conservatively capitalized. And we're generating cash flow, which means that we're going to continue to grow our balance sheet.

We'll continue to deploy capital and add more cash flowing assets over time. We have significant pipeline growth within our existing 191 royalties that we think will give us cash flow growth for the foreseeable future.

Gerardo Del Real: The team that Amir and yourself have put together is an impressive one. Can you walk me through the team briefly?

David Garofalo: You know, what I would say is the recurring theme among that team is operational expertise. We're not financial players. We didn't come at this as former bankers or former sell-side analysts. We have built and operated mining companies. Over 30 years, I have been involved in the construction of 15 separate mines. I've operated multiple mines.

Ian Telfer is the Chairman of our advisory board. Ian was the founding Chairman of Goldcorp and built multiple companies over his career. He's been a very credible and substantial operator, a member of the mining hall of fame here in Canada. So, it brings a lot of credibility, expertise, and depth of organization or depth of network, which we're leveraging as we grow our business.

John Griffith was the former head of Merrill Lynch's mining franchise in North America. He’s joined us. And his job is chief development officer for Gold Royalty. So, he has a transactional type of role, and he brings a lot of expertise, particularly on the royalties side, when he was advising a number of companies in the royalty space in his banking career. He was actually my advisor on the merger of Goldcorp and Newmont. So we've had a long history, and I have a lot of trust in him.

Also on the board, Alan Hair, who was my successor as CEO at Hudbay, and was my chief operating officer there. And Alan has almost 40 years of experience as a metallurgical engineer. And he's a prolific mine builder, having built the three mines that we built that Hudbay when I was there, including the $2 billion Constancia project in Peru. He was responsible for our success and mine development construction when I was there, and has a long history of having done mine building over his career.

In addition to that, we have Warren Gilman on the board. Warren runs Queen's Road Capital. He manages Li Ka-shing's Natural Resource fund, and is a cornerstone investor in the company. Unusually for him, he joined the board. Normally he doesn't do that for investee companies, but he's had a longstanding relationship with both me and Ian for over 30 years, and he wanted to have some fun. And he really liked the investment model. He's put capital behind it, but he wants to participate in that on a more meaningful basis. And also we're able to leverage his network and get involved in a lot of situations that are not necessarily available in the marketplace.

The advantage of having collectively over 250 years of mine operating experience on our board management is access to virtually anybody in the mining business in the world, which means we've become aware of royalty opportunities before the rest of the market is aware of them. And so we’re trying to a large extent to avoid those competitive processes where royalties are overpaid for.

Gerardo Del Real: Exciting start to the year! I look forward to an exciting 2022. Thank you so much for your time as always. Anything to add to that?

David Garofalo: Gerardo, it's an exciting time for the gold industry. And I still say that the best place to play gold is in the royalty space where you get that top-line-exposure / optimum-leverage of the gold price.

And you're completely insulated from inflation that we're all experiencing in every industry in our everyday life because we're exposed to just revenue. We provide that leverage to the gold price without exposing our shareholders to cost inflation.

This is a team that has already created and run some of the largest gold mining companies in the world. And they are set to do it again with Gold Royalty Corp. (NYSE: GROY).

David and the team are focused on building a significant precious metals-focused royalty and streaming company.

It started out with royalties on 18 properties and quickly grew that into nearly 200 royalties — including six on mines that are currently operating, which will generate millions in cash flow this year!

As you just heard, a re-rating to the upside is imminent.

Now is the time to have a deeper look at quality names.

You can learn more about Gold Royalty Corp. (NYSE: GROY) at its website here.