The project is situated near the southern edge of the western Athabasca Basin in Saskatchewan, Canada, along a parallel conductive trend between the PLS-Arrow trend and Cameco’s (NYSE: CCJ) Centennial deposit. 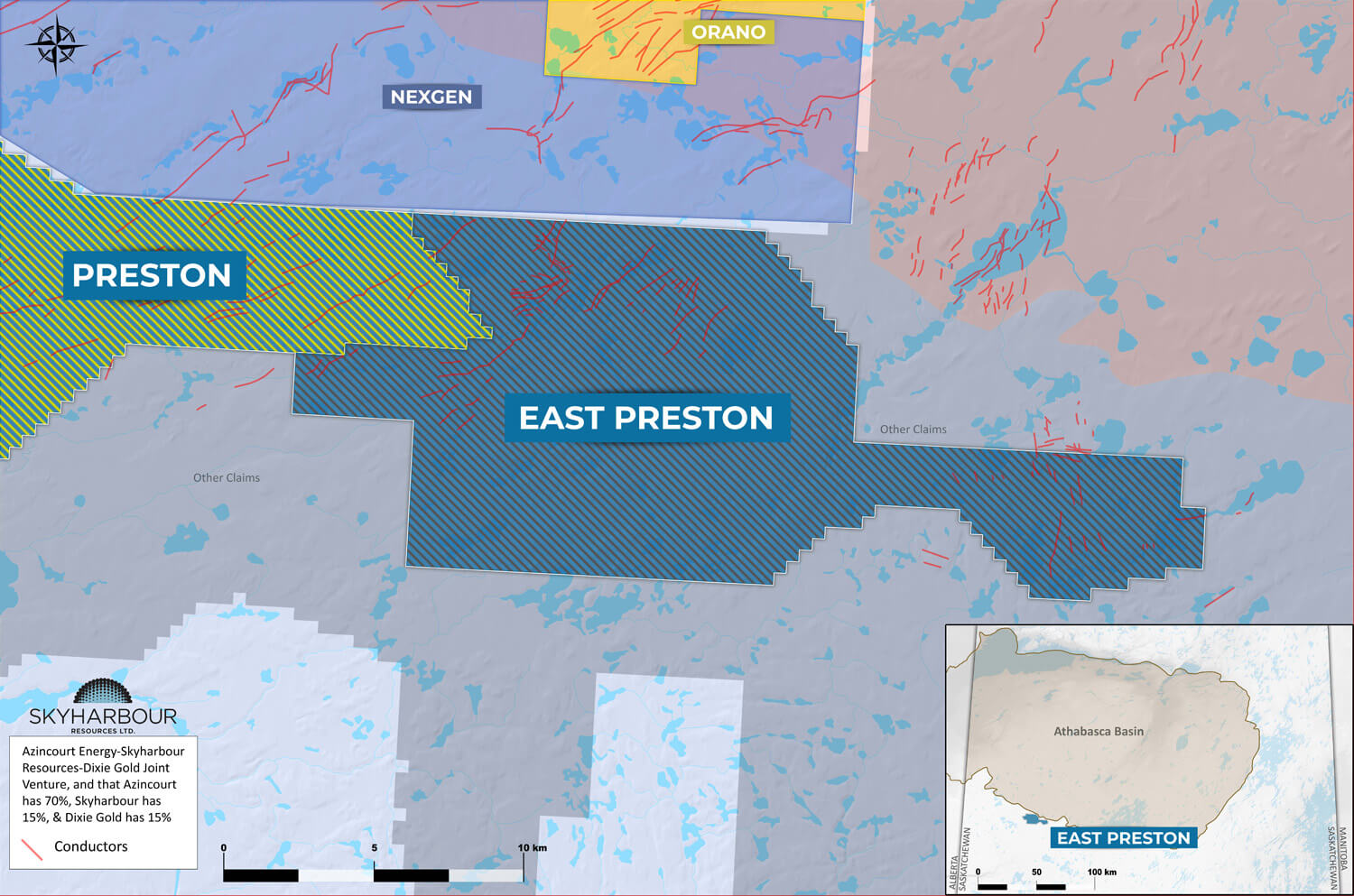 The upcoming drill program — which is slated to run from mid-January to early-April — will span twenty-plus diamond drill holes across ~6,000 meters with a primary focus on further evaluation of elevated uranium values in multiple alteration zones.

Azincourt Energy CEO Alex Klenman — whom you’re about to hear from directly in our exclusive interview — commented via press release:

“Each program to date has continued to vector in the right direction. Last year for the first time we were able to delineate substantial zones of hematite alteration, some of it almost 200 meters wide. We started to get into the clays and hit some elevated zones of uranium enrichment. These are incrementally positive results, and we are hopeful targeting specific areas within these zones will continue to get us closer to impactful discovery.”

Although not an official discovery as of yet, it’s important to note that numerous Athabasca-based uranium deposits — including Cameco’s world-class McArthur River deposit — have been discovered by mapping out zones of alteration by way of the drill-bit.

Azincourt’s drilling focus continues to be on multiple zones, which means forthcoming assays should tell quite a lot about the near-term discovery potential at the early-stage project. Our own Gerardo Del Real of Junior Resource Monthly caught up with Azincourt Energy CEO Alex Klenman to go over the forthcoming winter drill program at East Preston and more. Led by president & CEO Jordan Trimble, Skyharbour Resources has amassed an impressive portfolio of 15 projects covering over 450,000 hectares in the prolific Athabasca Basin region — oftentimes referred to as The Saudi Arabia of Uranium.

The combination of 100%-owned and partner-funded projects — like the East Preston project with Azincourt — makes Skyharbour one-to-watch in the emerging uranium bull market.