The 6,279 meter program was drilled over two phases with multiple holes intersecting uranium mineralization in the targeted basement rocks. Assays are now pending.

The Mann Lake project is located in a prime uranium mining address in Saskatchewan’s Athabasca Basin approximately 25 km southwest of Cameco’s (NYSE: CCJ) McArthur River Mine — the largest high-grade uranium deposit in the world — and 15 km to the northeast along strike of Cameco’s Millennium uranium deposit.

“The completion of our phase two drill program represents the culmination of a very active and successful 2022 exploration program that was comprised of nearly 6,300 metres of diamond drilling and multiple geophysical programs at our Mann Lake project. We were able to advance this project from a grassroots-stage, one that had not seen any modern exploration techniques or benefitted from the last two decades of exploration understanding in the basin, through to a multi-phased diamond drill program that defined the unconformity and intersected uranium mineralization.”

Skyharbour also announced that it has received C$895,000 from the exercise of approximately 4 million warrants. Those funds will be put to good use as the company continues to advance its vast portfolio of 100%-owned and partner-funded uranium exploration projects in the Athabasca Basin region — ten of which are drill-ready. 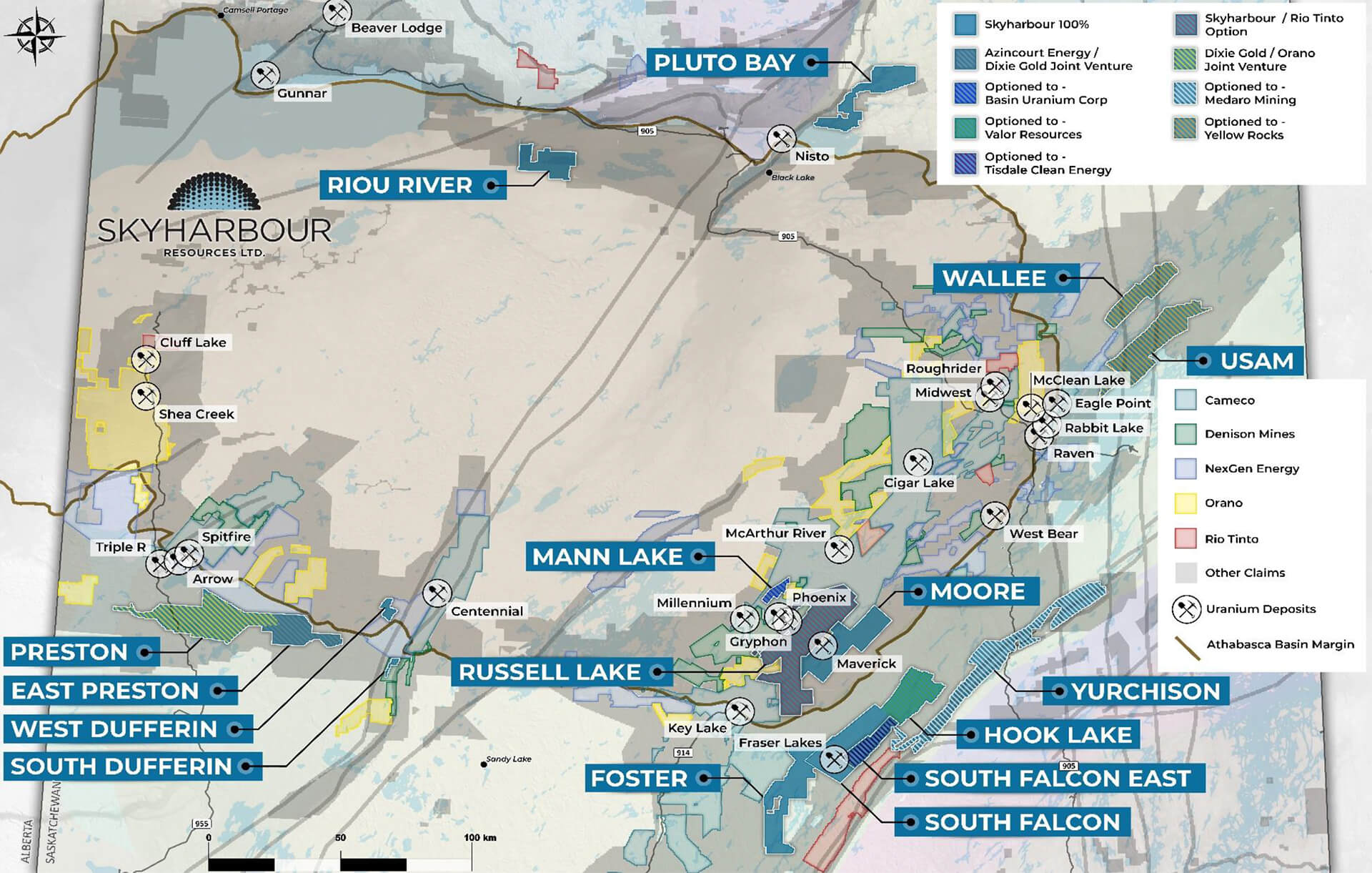 Collectively, Skyharbour has option agreements with partners totaling over C$34 million in partner-funded exploration expenditures, over C$23 million in stock being issued, and just under C$15 million in cash payments coming into Skyharbour, assuming its partners earn-in the full amount at their respective projects.

With fifteen high-potential uranium projects in the development pipeline, 2023 is shaping up to be a very busy, and perhaps transformative year for Skyharbour with exploration and drilling activity heating up across multiple projects with assays due from the aforementioned Mann Lake project.