Why a Ban on Russian Uranium Imports Is Needed Senator Barrasso has introduced multiple bills on the issue this year alone.

To members of the committee, he stated:

“Russia’s currently our fourth largest uranium supplier. Russia’s sole nuclear company also accounts for about half of the world’s uranium enrichment, and it was founded by President Vladimir Putin. Let’s be clear about what this means. By purchasing Russian uranium, we continue to fund Russia’s war in Ukraine. If we are serious about choking off funds to the Russian state and helping the people of Ukraine, then we need to ban imports of Russian uranium.”

Keep in mind that the Biden administration has already placed a ban on the import of Russian oil, liquefied natural gas, and coal to the United States stemming from Russia’s invasion of Ukraine.

It makes sense that uranium would be next not only for our own national security but also as an affirmation of our unwavering commitment to the people of Ukraine.

The fact that uranium was not included in Biden’s initial ban makes it crystal clear just how reliant the US has become on uranium imports from Russia and its satellite states of Kazakhstan and Uzbekistan.

We currently get about HALF of our uranium requirements from those three countries, making the present situation an untenable national security concern as the war in Ukraine intensifies.

Remember, the United States is the world's #1 user of commercial nuclear power… yet, we produce almost zero uranium!

We need that fuel — every single year — to power our 96 operating nuclear power plants as well as our fleet of 83 nuclear powered submarines and ships.

After producing all the uranium we needed for decades — ending in the late-80s — the United States has let its domestic uranium production sector fall by the wayside. 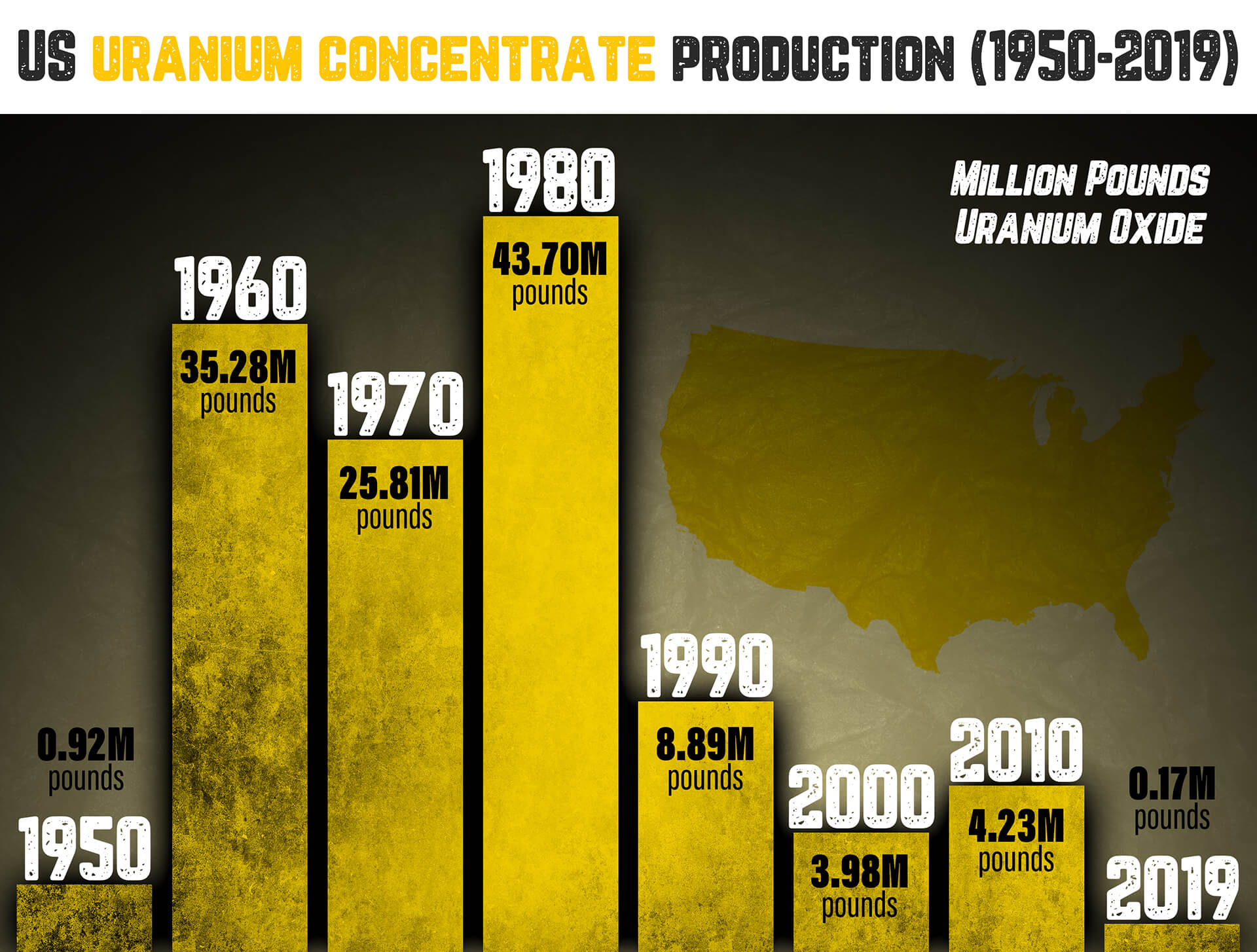 But that’s all changing now…

The United States is in the process of establishing a National Uranium Reserve designed as a 10-year, $10 billion plan with $75 million authorized to-date for the purchase of uranium and conversion services.

The initial purchase goal is for 1 million pounds of domestically-sourced U3O8… and it will only grow larger from there.

Texas-based Uranium Energy Corp. (NYSE: UEC) — whose chairman is former US Energy Secretary Spencer Abraham — just submitted an offer to supply domestically-produced uranium to the Department of Energy to help launch the program.

That move — which happened well before Putin made the ill-fated decision to invade Russia’s peaceful neighbor — effectively repatriated multiple Wyoming-based uranium assets back to US ownership and control.

Hence, the winds of change are now blowing in favor of a full-fledged revitalization of America’s once-dominant uranium industry… and that includes taking back certain US uranium assets once controlled by the Kremlin.

With estimated reserves of nearly 400 million pounds of U3O8 between US$50 and US$100 per pound, the United States has more than enough uranium resources in the ground to eventually become even a net “exporter” of uranium!

The bottom line is that the United States got far too comfortable relying on uranium imports from rogue nations… and, sadly, it’s taken the plight of the Ukrainian people for our leaders to finally recognize the error of their ways.

To that end, the US is undertaking a series of aggressive measures to not only mitigate that overreliance but also to reestablish our standing as a self-sufficient uranium producer.

As part of those efforts, the Biden administration is now asking congress for $4.3 billion to buy domestically-sourced uranium.

And in June of this year, the US Department of Energy awarded over $60 million to 74 US-based nuclear projects.

The price of uranium has responded favorably by surging from the US$30 per pound level last year to nearly US$60/lb earlier this year… before taking a slight breather to currently just below US$50/lb.

The next leg-up in the uranium price will likely be driven by the major US utilities. Their last significant contracting cycle was back in 2010… so we should begin to see some activity there within the next couple of quarters.

The time has come for US leaders to send a clear message to the world that we stand firmly with the people of Ukraine. And we can do that by placing a complete ban on Russian uranium.

It’s now in the hands of congressional leaders. Hopefully, they’ll come together and do the right thing.

Taken altogether, all signs point to higher uranium prices this year and over the next several years as the United States takes back its rightful stature as a uranium producer to be reckoned with.

As always, we have you covered every step of the way with our ongoing, exclusive macro and stock-specific uranium coverage.