Gold Royalty Corp. (NYSE-American: GROY) — currently trading around US$4 per share — has entered into an agreement to acquire an existing 0.75% net smelter return on a portion of IAMGOLD’s Côté Gold Project in Ontario, Canada, for US$15,875,000.

The Côté royalty is a significant acquisition for GROY as both a near-term and long-life royalty on a large open-pit operation with initial commercial production slated for the second half of 2023.

A recently completed feasibility study on the project envisions average annual production of 367,000 oz Au over a projected 18-year mine life.

“Together with our royalty on Canadian Malartic's Odyssey Project, Gold Royalty will own royalties on what is expected to be two of Canada's largest and longest-life gold mines. With first cash flow expected in 2023, the acquisition of the royalty on the Côté Gold Project will further enhance our sector-leading growth profile and expand our portfolio to include 28 producing and developing royalties anchored in Tier one jurisdictions. This transaction represents the fifth major acquisition undertaken by Gold Royalty since our IPO last year, representing an unprecedented pace of growth and resulting in a diverse and well-balanced portfolio of 192 high-quality precious metal royalty assets. This enhanced scale drives increased trading liquidity, lower cost of capital and, ultimately, higher valuations.”

GROY’s royalty covers the southern portion of the proposed open-pit identified as Zones 5 and 7 (see below). Based on the geometry of the deposit, the royalty coverage is coincident with the higher-grade mineralization and is expected to be scheduled during the initial phases of production. 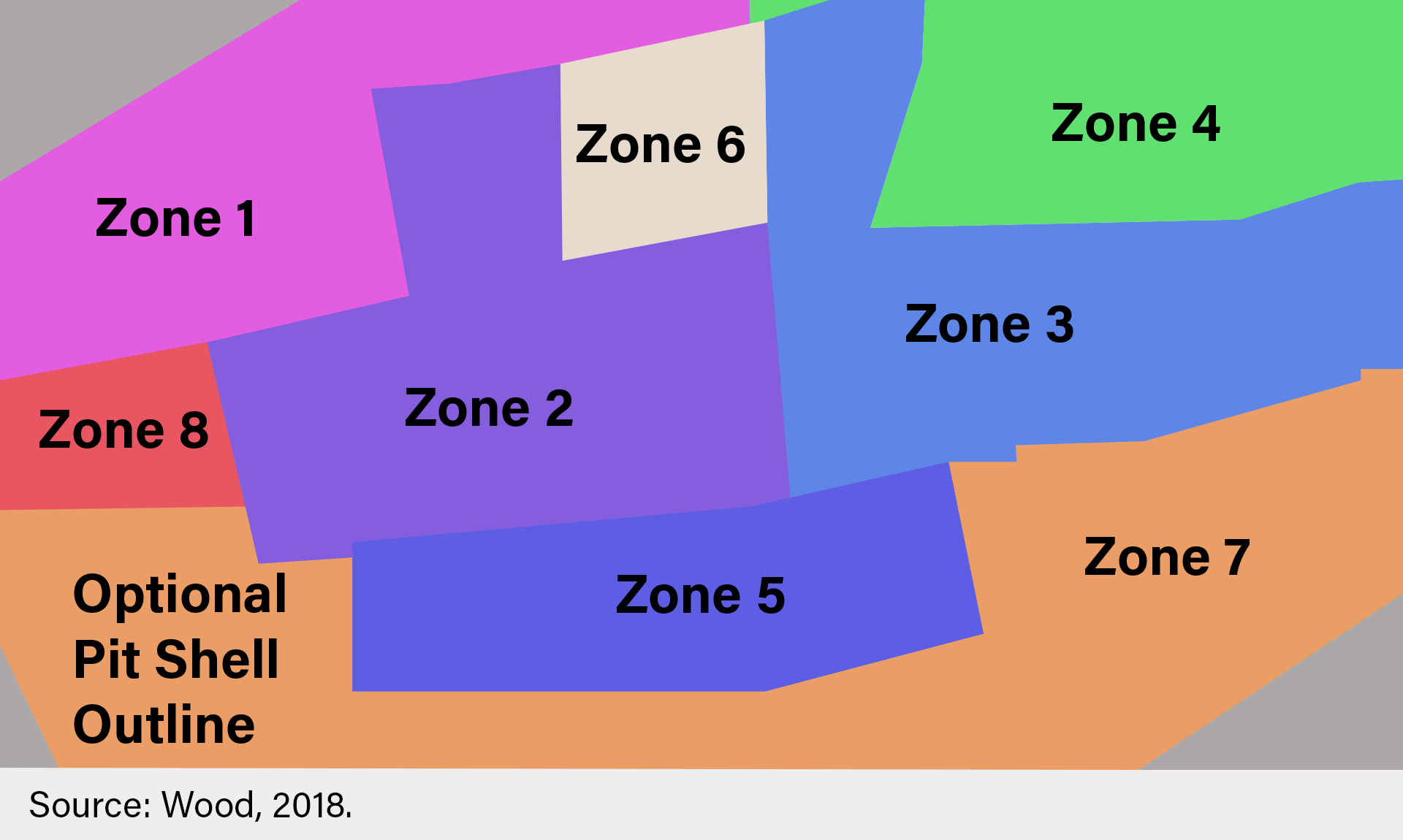 For speculators, GROY continues to deliver on its intelligent and aggressive growth strategy, expanding to over 190 royalties across the Americas including 6 royalties on producing mines with a further 8 royalties on mines under development.

And that includes the aforementioned long-life royalty on Canadian Malartic’s Odyssey Project, which will soon deliver annual production of 500,000 to 600,000 oz Au starting next year and running through 2039.

Additionally, in January, the company announced an inaugural quarterly cash dividend program commencing at the end of the current quarter.

With gold breaking above US$1,900 an ounce for the first time since June of last year, GROY has quickly established itself as one-to-watch in the junior gold royalty space.

It’s not the only one.

Royalty companies are typically the first to move when gold gets going like it is now.

And our own Gerardo Del Real has his eye on another one with ten-bagger potential as gold comes back into favor.

See why this group of stocks is poised to outperform as the rest of the market struggles.