Coverage made possible by the sponsorship of our featured companies: Click here to see more about CopAur Minerals

Gold Stocks on the Rise

Former New Placer Dome founder and CEO Max Sali, whom you’re likely very familiar with through our numerous exclusive interviews, has joined CopAur’s board as a director. As well, former NGLD director Kris Raffle, P.Geo., has joined CopAur as vice president of exploration.

As per the acquisition, CopAur Minerals CEO Jeremy Yaseniuk — whom you’re about to hear from directly in our late-breaking interview — commented via press release:

“Management is delighted to have completed the acquisition of New Placer Dome and its three highly prospective Nevada assets. Kinsley is of particular interest, sharing many characteristics with the nearby Long Canyon Mine. The 2009 Long Canyon maiden resource had over 50,000 fewer indicated ounces gold than the current Kinsley resource which includes 418,000 indicated ounces, with both resources based on a similar number of drill holes. At the time of the $2.3 billion sale of Long Canyon in 2011, the resources had grown to 2.2 million ounces gold based on over 130,000 metres of drilling, over 50% more than modern drilling at Kinsley showing the potential upside of the project.”

The Kinsley Mountain gold project — which is now a flagship asset for the company — has current Indicated resources of 418,000 ounces at a grade of 2.63 grams per tonne (g/t) gold and Inferred resources of 117,000 ounces averaging 1.51 g/t gold.

The CopAur team plans to have the drills turning at Kinsley (CopAur, 80%-interest; Nevada Sunrise Gold, 20%-interest) later this year.

The company is also anticipating drill assays from the 100%-owned Bolo gold project in the coming weeks to be followed by a small drill program later in the year.

Additionally, CopAur Minerals is advancing its co-flagship, 100%-owned Williams copper-gold project located in the Toodoggone region of north-central British Columbia where a 2,000-meter drill program is underway (see below). 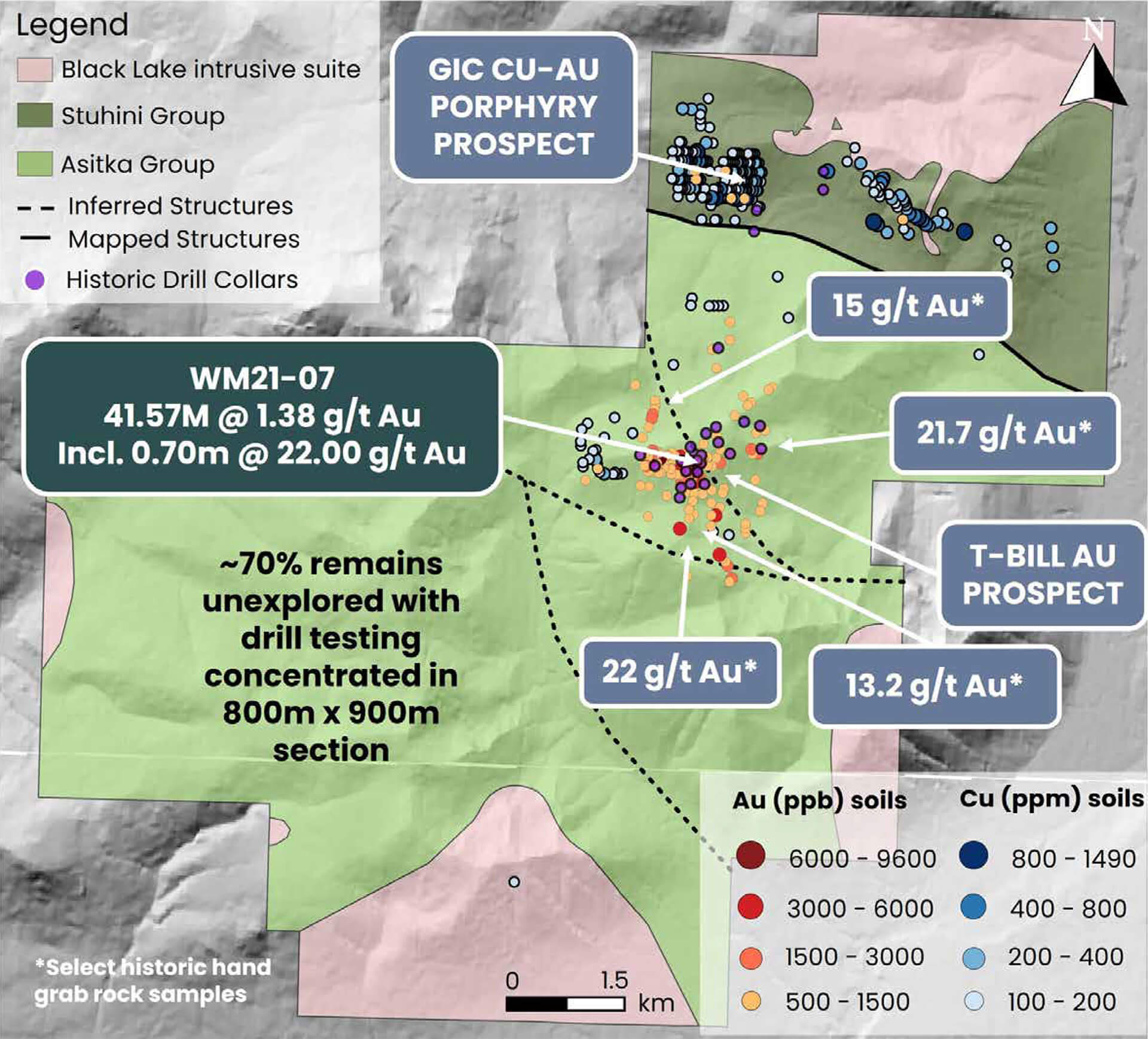 The current drilling at Williams is a follow-up to last year’s program, which produced several mineralized intercepts, including 1.38 g/t gold over 41.57 meters.

As you’re about to discover… there’s a ton of potential here from a company and team that boasts an impeccable track record of advancing projects and building shareholder value in any gold market.

Our own Gerardo Del Real of Junior Resource Monthly sat down with CopAur Minerals CEO Jeremy Yaseniuk for an in-depth discussion on the New Placer Dome acquisition and the company’s multi-project exploration and drilling agenda for the remainder of the year. Enjoy!