Profiting in the 2023 Uranium Boom Skyharbour currently holds a 51% interest in the project, which can be increased to 100% upon the completion of certain project milestones starting off with a multi-phase 10,000-meter drill program slated for early-2023. 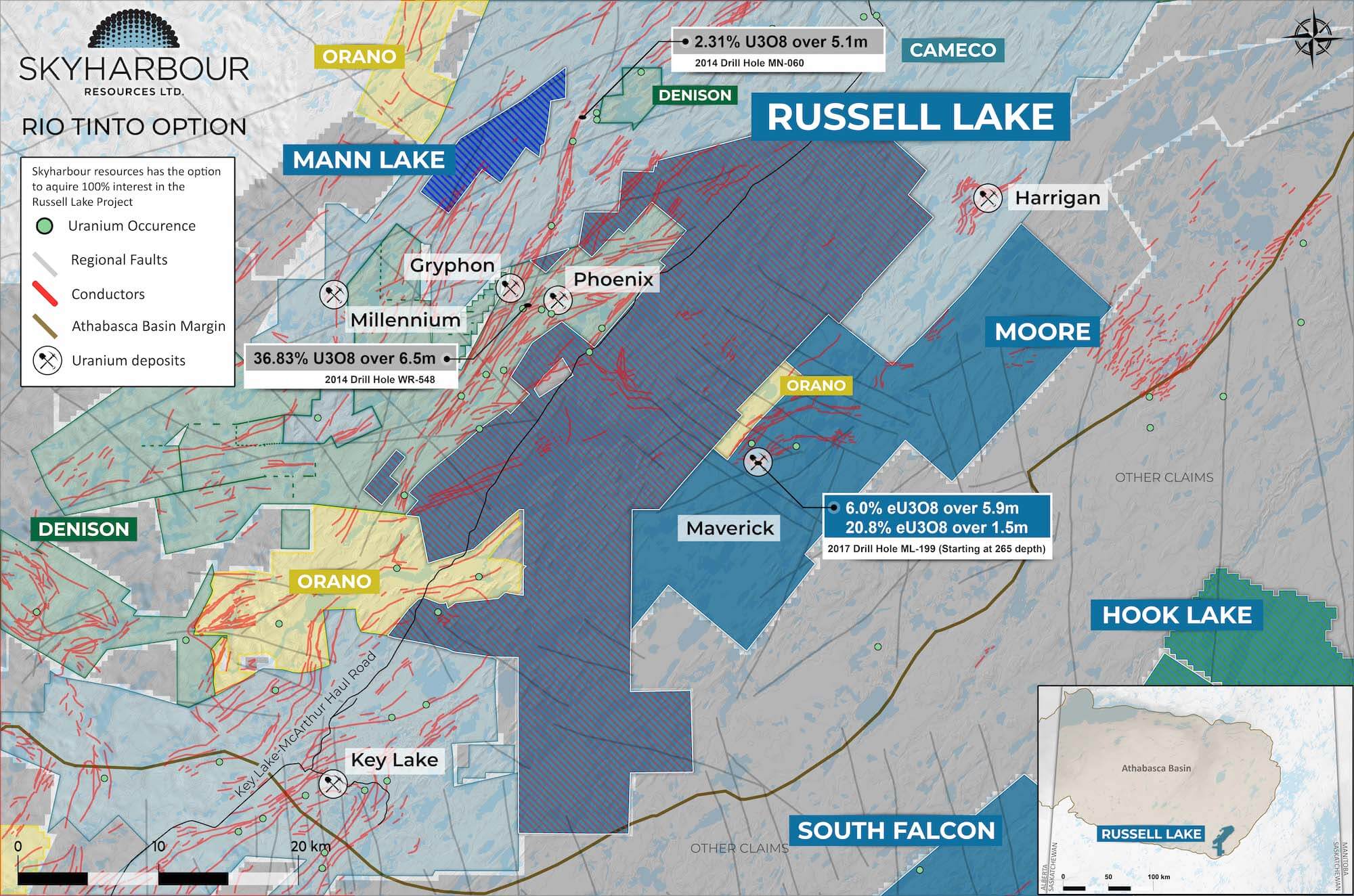 The option agreement with Rio Tinto provides Skyharbour, as operator, with a nearly contiguous block of highly prospective uranium claims totaling over 100,000 hectares (420 sq mi) when combined with the company’s adjacent Moore project.

The Russell Lake property benefits from a significant amount of historical exploration and drilling — 95,000 meters across 230 drill holes — resulting in the identification of numerous prospective target areas along with several high-grade uranium showings and drill hole intercepts. 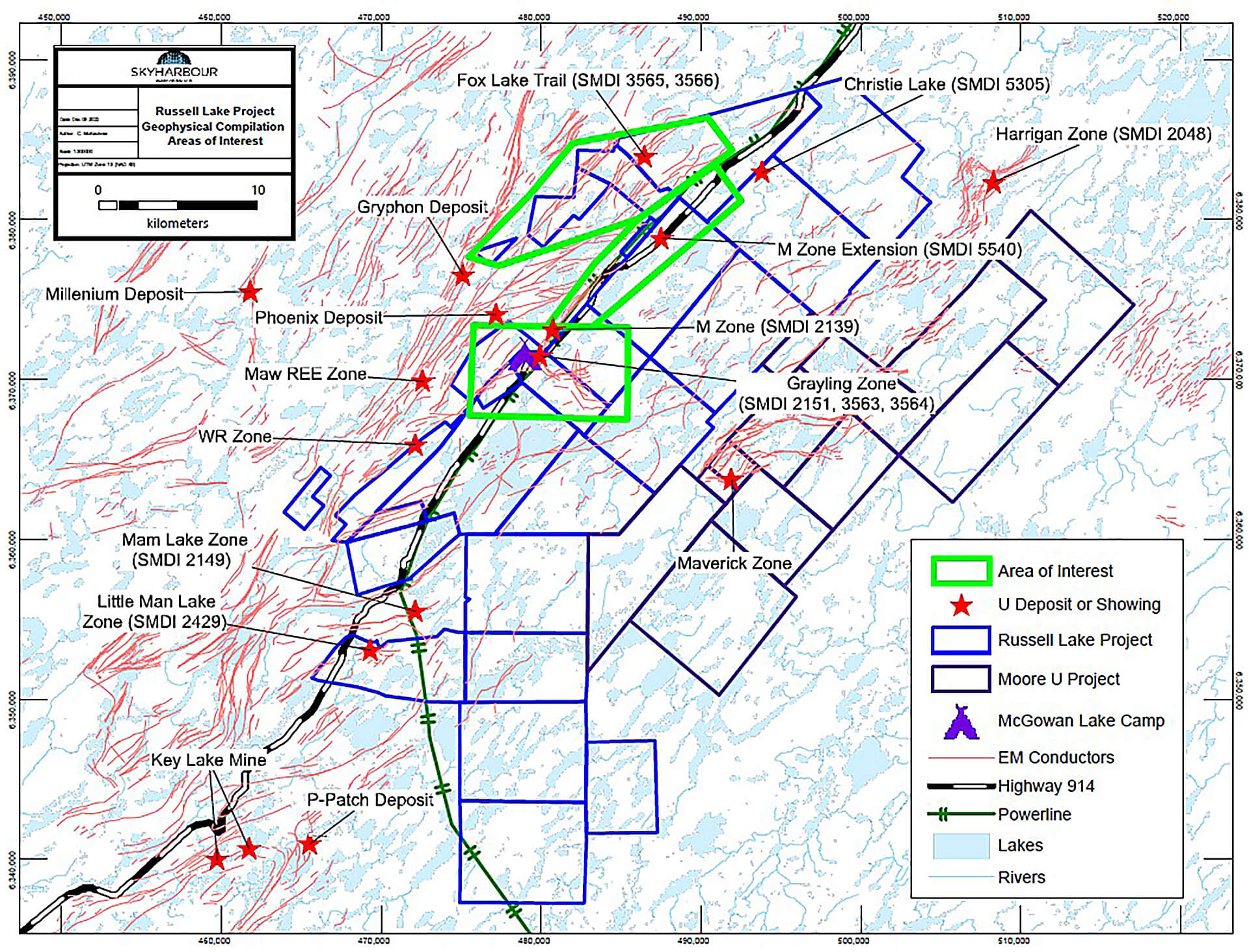 Already, 35 km of largely untested prospective conductors in areas of low magnetic intensity have been identified on the property wherein the Skyharbour team will look to discover additional high-grade mineralization with the help of the new geological modeling underway by Condor. Skyharbour plans to have the initial drilling phase underway at Russell Lake within the coming few weeks.

Led by president & CEO Jordan Trimble, Skyharbour holds an extensive portfolio of 100%-owned and partner-funded uranium exploration projects in the Athabasca Basin region and is well-positioned to benefit from improving uranium market fundamentals with 15 projects, 10 of which are drill-ready, covering over 450,000 hectares of land.

Free Psychedelics Report: Get the Top Shroom Stocks & ETFs by the Experts